We were lucky to have Wendy run through the Suites at a spontaneous, well ventilated and socially distanced Atelier prior to her performance on August 23rd. Please enjoy the below link to the video.

An intimate staged-reading of and the swan, a new work by Patricia Black and James D. Palmer.  A retelling of the lives of history’s most infamous matriarchs.  and the swan is an intimate portrait of misrepresentation that will leave you wondering, who will tell your story? Atelier 86’s penthouse venue sets the stage for this dark-comedy that toes the line between the regal and the real.S

Development of and the swan  has been supported by The COOP, a Pawling-Theatre Exchange residency, Paten Hughes, TheaterLab and MSJP Creatives.

James Palmer is a New York director and educator.  He has worked with Roundabout Theatre, The Old Globe, Long Wharf, Steppenwolf, The Public, Waterwell, NYU, Fordham, Mabou Mines, The Goodman, Victory Gardens, American Theater Company, Chautauqua Theatre, and Chicago Dramatists, among others.  For nine seasons he served as the Artistic Director of Chicago’s Red Tape Theatre. In 2010 he was awarded a Joseph Jefferson award for Best Direction of The Love of the Nightingale.  He was the assistant to the Artistic Director at Steppenwolf Theatre and served on the Board of Directors at the League of Chicago Theaters.  James is the recipient of fellowships from Manhattan Theatre Club, the Drama League, SDCF, Chautauqua Theatre Company and is a Peter Kaplan Fellow.  He holds an MFA in Directing from Brown University and is a full member of the Stage Directors and Choreographers union. James teaches Acting and Voice and Speech at the Professional Performing Arts School in midtown Manhattan.  He has taught directing and acting at NYU Tisch School of the Arts, Manhattan Youth, Trinity Repertory Company and Red Tape Theatre.

Join us for a private screening of a short film on Breton’s Follies as well a brief live performance. Q/A and discussion to to follow.

Snacks and cocktails will be served.

Breton Follies is thrilled to be performing at the 10th anniversary celebration for La Jolla International Fashion Film Festival July 27th at the Conrad Theater in La Jolla, CA in tandem with our latest film Egosia being selected to be screened as well as nominated for Best Art Direction and Best Cast Ensemble.  For our supporters on the east coast, we are excited to share the  film in a private screening Egosia, accompanied by a brief live performance with members from Breton Follies.

With a cinematic approach to movement, Breton Follies’ vernacular is rooted in classical ballet, cabaret, and latin rhythms, while honoring the style and sounds of the 1940s–1970s in musical theater. Celebrating the female form while debunking behavioral expectations based on gender, we explore humanity as expressed through time travel. Breton Follies represents a unique group of artists committed to creating gender fluid art, representing varied ages and background. Our current cast spans ages 22-60, a reoccurring theme in Breton Follies productions for stage and screen.

Founded in 2003, UNDER THE VOLCANO is an international, bilingual program of writing master classes that convenes every January in Tepoztlán, Mexico, an hour outside Mexico City in the foothills of the great volcanoes. An incubator of literary talent, a catalyst for writers with books-in-progress and an international community of writers that transcends borders, languages, time and place, the program’s award-winning faculty attracts poets, novelists, essayists and journalists from across the English-speaking and Hispanic worlds.

Under the Volcano is a 501(c)3 incorporated in the State of New York and awards financial aid and full fellowships to more than half its participants.

The photography-based work of Marc Erwin Babej (Germany and USA, b. 1970) inquires into the interplay of ideology, rhetoric and aesthetics in the manufacture of political and societal narratives.

The work is rooted in rigorous research and informed by collaboration with eminent scholars. It looks beyond depiction of marginalization — to investigation of its root causes: the material and psychological motives behind the construction of “majority” narratives, and the institutions by which such narratives are propagated.

Throughout the work, images are combined with text elements, often derived from primary sources. The search for synergies between images and text also led to the development of Aspective Realism, a contemporary visual language considered the resurrection of ancient Egyptian art — and with it, the integration of images, symbols and text.

Though political in nature, the work eschews conventions of “political art,“ such as the artist’s activism and protest. Instead, the themes themselves take center stage. Their complexities are not discarded in the interest of convincing viewers, but laid bare for their contemplation. The object is not what viewers should think, but that they think.

Babej has recently had solo exhibitions at The Egyptian Museum, Cairo; Bibliotheca Alexandrina, Alexandria; Roemer-Pelizaeus Museum, Hildesheim and Rathausdiele Hamburg. His work has been collected by public and private collections, including The Egyptian Museum in Cairo, House of European History (museum of the European Parliament), Brussels, Bibliotheca Alexandrina, Roemer-Pelizaeus Museum and Tampa Museum of Art. His work has been featured in publications such as The Telegraph, The Art Newspaper, The Washington Post, Frankfurter Allgemeine Zeitung, Die Zeit, Spiegel, Ha’aretz, La Repubblica, Photo News and Monopol.

Join us for an evening of music and conversation with Singer/Songwriter Will Taylor, a multi-disciplinary artist whose work includes composing, performing, directing and choreographing.

Will has been featured on Broadway in four long-running shows and has toured the world singing with Kristin Chenoweth in venues such as Sydney Opera House and Lincoln Center.  He has recently been focusing on his songwriting and is recording songs with Brooklyn-based music producer Katmaz. 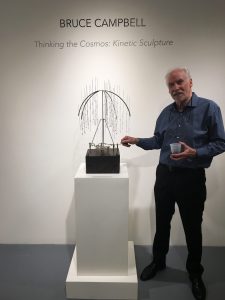 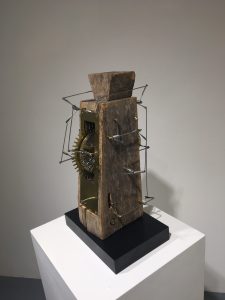 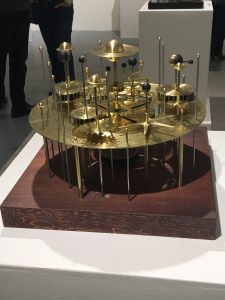 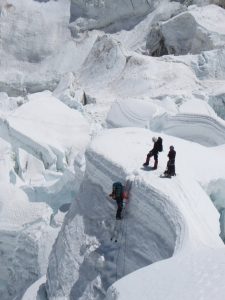 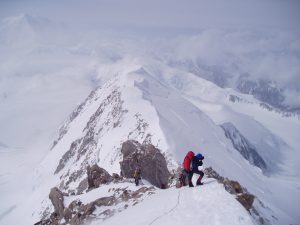 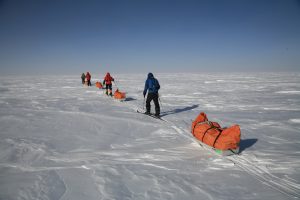 J. Armand Musey will recount his ascent of the highest peaks on each continent (the “Seven Summits”) culminating in his ascent of the Summit of Mt. Everest ten years ago, in May 2008.  He will present photos from each of the Seven Summits: Mt. Kilimanjaro, Mr. Elbrus, Aconcagua, Denali, the Carztencz Pyramid, Mt. Vinson and Mt. Everest. He will also discuss other notable climbs including the Matterhorn, Cho Oyu and skiing to the South Pole.

Atelier 86 is proud to present “A Short Film Double Bill.” We will be screening to short films:

Members of the cast and crew of both films will be in attendance for a post-screening discussion. Cocktails and appetizers will be served.

Atelier 86 is pleased to have Meena Alexander and Kimiko Hahn join us for an evening of exploration of ancient Indian and Japanese poetry as well and their own contemporary work.  The evening will be an exploration of pilgrimage as we discuss new paths and unexpected transitions.

Meena Alexander is a Distinguished Professor of English at Hunter College and at the CUNY Graduate Center in the PhD program in English.[2] She is the author of numerous collections of poetry, literary memoirs, essays, and works of fiction and literary criticism.

Kimiko Hahn is a distinguished professor in the MFA program of Queens College, CUNY. Her work frequently deals with the reinvention of poetic forms and the intersecting of conflicting identities.

Cocktails and hors d’oeuvres will be served. We expect the evening to end at approximately 7:00pm. Admission is by private invitation.